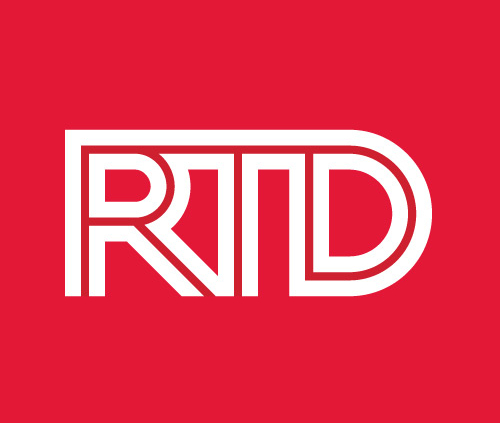 “Each of these members brings their own unique experience and vision to help figure out what we need to do to turn around RTD and move toward the goal of a truly effective regional transportation system that works for everyone,” said Governor Jared Polis. “This is an important opportunity to fix things and continue working to meet the needs of hardworking Coloradans, small businesses, tourists, and everyone who is impacted by RTD each day.”

“This is the next step toward a stronger and more sustainable transit system for Coloradans. I believe this committee can work to address the challenges RTD is facing and I’m excited for what’s to come. Our state deserves a system that grows with us,” said Sen. Faith Winter, D-Westminster and Chair of the Senate Committee on Transportation and Energy.

“This committee is going to help put RTD back on the right track and provide the support to help build a better system for Coloradans. Transportation is an issue that affects so many people in our state, and this collaborative approach brings a diverse group of voices to the table to tackle these issues,” said Rep. Matt Gray, D-Broomfield and Chair of the House Committee on Transportation and Local Government

The Governor made the following appointments to the committee:

Transportation Equity Expertise – Deyanira Zavala serves as Executive Director of Mile High Connects, a regional collaborative actively working to build a racially equitable and resilient Denver metro region. She oversees the strategic direction of the collaborative, forging partnership between public and private sector partners. Prior to joining Mile High Connects, she led two community initiatives focused on creating mobility in people’s lives through entrepreneurship. Deyanira brings national experience, having coordinated a national emerging communities collaborative during her time with NALCAB- National Association for Latino Community Asset Builders. Zavala holds a Bachelor of Arts from the University of Texas at Arlington and a Master’s of Public Administration from the University of North Texas.

Urban Planning Expertise – Sophie Shulman is the Chief of Innovative Mobility at the Colorado Department of Transportation, focusing on transit, mobility options, clean transportation, and multimodal transportation’s intersection with land use and planning. This includes enhancing transit’s impact on communities – both urban and rural – through new and traditional technologies within the transportation system. Sophie most recently led partnerships and business development at Electrify America, an electric vehicle charging company. Before joining Electrify America, Sophie served as the acting Assistant Secretary for Research and Technology at the U.S. Department of Transportation. During her time at USDOT, Sophie worked extensively on the $40 million Smart City Challenge grant. She had several other roles across the federal government, including the White House Domestic Policy Council, the Office of Management and Budget and the U.S. Department of Energy. She received her B.A. and M.A. from Johns Hopkins University.

Economic Development Expertise – Chris Frampton is a real estate developer based in downtown Denver with 20 years of experience. He is responsible for East West Partners’ development activities across the country. In Colorado he led the company’s Riverfront Park and Union Station developments as well as the Landmark development in the Denver Tech Center. Riverfront Park has won the ULI Award of Excellence and the Congress for the New Urbanism’s International Charter Award. Chris also is President of the board of the Civic Center Conservancy and a member of the Downtown Denver Partnership Board.

Financial Planning Expertise – Rutt Bridges serves on the Georgia Tech College of Sciences Advisory Board, was vice-chair of the CU Foundation, and served on the Securing America’s Future Energy (SAFE) Autonomous Vehicle Task Force. Twenty years ago, Rutt co-founded Quest, a venture capital investment firm. He has since helped numerous startups with funding and managing growth. More recently, Rutt has focused on research to understand the economic and social impact of disruptive technologies such as shared electric autonomous vehicles. Rutt earned degrees in physics and geophysics from Georgia Tech and was named their 2017 Earth and Atmospheric Sciences Alumnus of the Year.

Representative of Local Government served by RTD- Elise Jones has served as a county commissioner for Boulder County since 2013, where she has been an avid advocate for multimodal transportation solutions, equity, sustainability and climate action. She has accumulated decades of transportation policy experience from a variety of positions, including as a local elected official, board member and former chair of the Denver Regional Council of Governments, member of the US 36 Mayors & Commissioners Coalition, appointee to the Air Quality Control Commission and Regional Air Quality Council, Statewide Transportation Advisory Committee representative, and conservation nonprofit leader. A regular transit user and Boulder resident since 1998, Elise holds bachelor’s and master’s degrees in natural resources policy and planning from Cornell University and University of Michigan.

Legislative appointments were made jointly by the Transportation Chairs in each chamber. Appointees are as follows:

Crystal Murillo has accomplished an impressive list of firsts. She is the first in her family to graduate high school and college. In 2015 she received her Bachelor of Science and Business Administration from the University of Denver. In 2017 she became the first in her family to be elected to office, first Latina and at 23 became the youngest person ever elected to Aurora City Council, the third largest city in Colorado. Crystal is committed to fight for equity and helping communities live their self-determined lives.

Jackie Millet is a solutions-oriented leader with a strong record of regional consensus building and collaboration in the transportation sector. As a licensed professional engineer and local elected official, she brings a unique perspective to the evaluation and implementation of transit programs in the Denver metro region. Mayor Millet prioritized the development and implementation of Lone Tree’s multi-modal transportation network including roadway and light rail expansion, pedestrian and bike infrastructure enhancements, and an intra-city on-demand transit system.

Julie Duran Mullica is a council member for the City of Northglenn and the current chair of the North Area Transportation Alliance (NATA). She has focused her time in office to fight for equity and increased service from RTD for the north region in addition to the completion of the N line and B line. She is a lifelong Adams County resident and proud mother of three.

Human Resources Expertise – Kathy Nesbitt is an accomplished attorney with more than 25 years of human resource acumen. She specializes in providing operational excellence to large complex organizations including the State of Colorado and Kaiser Permanente. Kathy currently serves as VP of Administration for the University of Colorado.

Multi-Modal Expertise – Dan Blankenship has nearly 37 years of transit management experience. He has served as the Chief Executive Officer of the Roaring Fork Transportation Authority (RFTA) since its formation in January 2001. RFTA, which is comprised of eight member jurisdictions, is the second largest transit system in Colorado, the largest rural transit system in the U.S., and the first rural transit system in the nation to implement a Bus Rapid Transit (BRT) system. RFTA serves three counties and eight communities in a 70-mile corridor between Aspen and Rifle, Colorado, and it has approximately 350 employees, and a $50 million budget. In 2019, RFTA transported over 5 million passengers using a fleet of 120 transit vehicles.

Expertise on Issues Facing Transit Riders with Disabilities – Krystin Trustman is passionate about transportation, especially transportation for People With Disabilities. After beginning to use RTD’s Access-a-Ride service in 2013, and experiencing its deficits, she became involved in RTD’s ADA Paratransit Advisory Committee, and works with other groups in Denver to make public transportation accessible, available, and equitable. Krystin uses her knowledge of the ADA and the Federal Transportation Administration (FTA) guidelines to improve public transit for everyone.