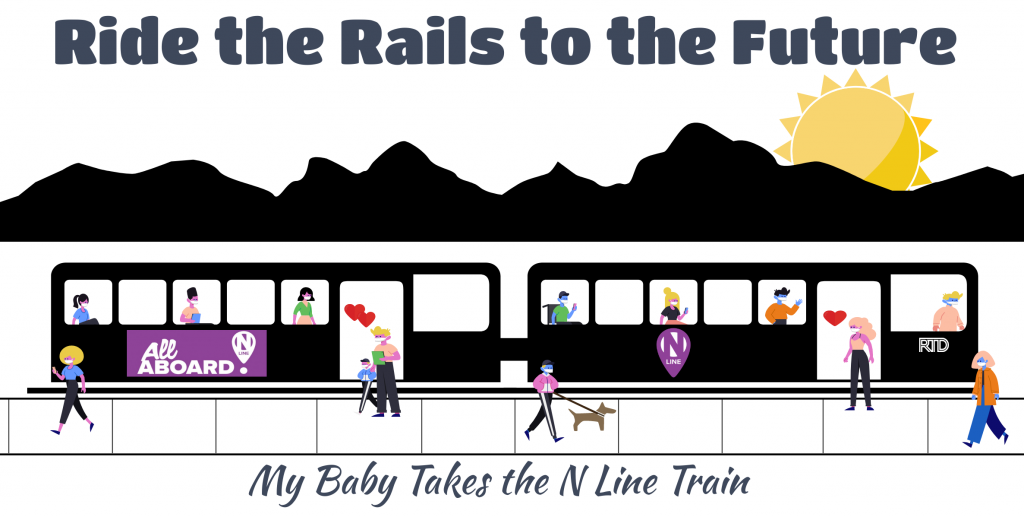 Virtually join Smart Commute on October 22 to learn about the historic opening of RTD’s N-Line and hear from Amtrak’s Senior Director of State and Government Relations, RTD GM Paul Ballard, RTD Project Manager Chuck Culig, and WSP’s Karen Hedlund as she discusses The Next Big Thing in train travel.

Ray Lang was named Senior Director of State and Local Government Affairs for Amtrak in June 2006. Lang is based in Chicago and reports to Bruno Maestri, Amtrak Vice President of Government Affairs and Corporate Communications in Washington D.C. Lang directs government affairs staff in five offices across the country. He is responsible for the Amtrak relationships with individual Governors, State Legislators, Mayors, and other elected officials. Lang began his career at Amtrak in the government affairs headquarters office in Washington, D.C.,in 1994, after serving as an intern forU.S. Congressman Bill Zeliff, of New Hampshire. The following year, Lang came home to Chicago by accepting a position in the regional government affairs office at Chicago Union Station. He has held positions of increasing responsibility within the railroad. In 2013, Lang accepted an additional appointment from the Amtrak Board of Directors by being named President of the Chicago Union Station Company, which owns Chicago Union Station and more of the Chicago riverfront than any other corporation. It was formed by five railroads in 1913 and has been wholly owned by Amtrak since 1984. Amtrak is formally known as the National Railroad Passenger Corporation and was created by an Act of Congress in 1970. Amtrak has operated most of the nation’s intercity passenger trains since May 1971. Lang is a native of suburban Chicago and a graduate of the University of Illinois at Chicago. He attended graduate school at the Hebrew University of Jerusalem, where he studied Hebrew and International Relations. He is active in numerous regional Chambers of Commerce and other civic organizations as an advocate for improved passenger rail service and closer coordination between Amtrak and the business community. Lang has been married to attorney Brenda Hatch Lang since 2007. They reside in Chicago’s West Loop neighborhood and enjoy traveling the country on Amtrak trains together.

Karen Hedlund is a nationally-recognized advisor for high-speed, intercity, and commuter rail projects. Currently she is serving as an advisor to the Santa Fe Chief and Front Range Passenger Rail Commission. She also recently led the consultant team that produced a Business Case Analysis for a proposed high-speed rail corridor linking Vancouver, Seattle, and Portland.

Prior to her joining the Obama Administration, Karen had a long career as an attorney practicing in the field of infrastructure finance and P3s. In Colorado, she served as special counsel to CDOT for the TRex project, and as underwriters’ counsel for a segment of E-470.  Karen has had a part-time home in Eagle County for over 25 years and is now a permanent resident of Edwards, CO.

Colorado Voter’s Guide For The 2020 RTD Board Of Directors