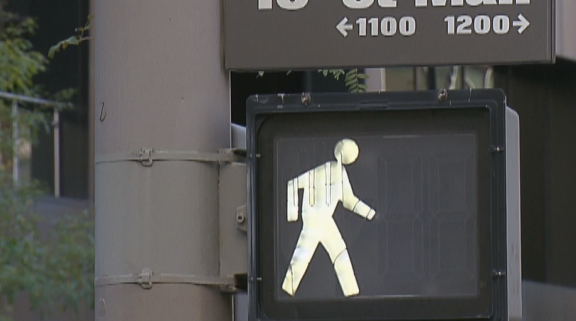 A plan to remodel Denver’s 16th Street Mall is drawing fire from blind Coloradans. They say the changes will put their safety at risk. At issue is whether street curbs should be removed.

City planners want a curbless pedestrian mall, but blind people say that would make it not only difficult for them to navigate the mall, but also dangerous.

“The curbs are a universal symbol for a barrier from a sidewalk to traffic,” said Cody Bair, who is blind and lives and works downtown.

Brian Pinkerton with Denver Public Works has a different take on curbs.

“Rather than have the curb be a remnant or a relic of a street, this is really something much greater than an ordinary street.”

It is so extraordinary that the 1.2 mile street is getting a $100 million makeover that includes getting rid of the curbs and replacing them with a different kind of barrier.

“That will be filled with trees, lights, fixed furnishings. We think the new design is vastly safer for all people including the sight impaired people because you’ve got 5-9 feet full of things separating you,” said Pinkerton.

He says the city is also considering pavers or a grooved border as a tactile separation between the street and sidewalk. Bair says the National Federation of the Blind of Colorado has been urging the city for months to abandon its curbless plan.

He says the mall is the largest tourist attraction in the state and making it curbless would put blind visitors lives at risk too.

“We’re on board with plans to update the mall, but we just want to make sure that whatever those plans are and however it’s done that it’s as accessible and as inclusive to everyone as possible. If it’s done wrong, it’s going to have devastating effects on us.”

Pinkerton says they have not made a final decision on whether to remove the curbs. He met with members of the National Federation of the Blind of Colorado Tuesday evening.

“Safety for all people including site impaired people is paramount in importance for us.”

The city plans to begin designing the new mall in the next few months. Construction won’t start until 2021.

Can commuter rail save our suburbs?
Scroll to top