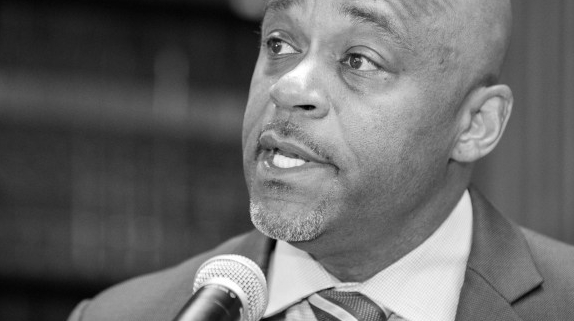 enver will continue investing in its goals around transportation and the climate crisis under the mayor’s 2020 budget proposal, which he revealed this morning at a press conference. But the $1.49 billion operating budget, which is a 2 percent increase over this year’s spending, also braces the city for an economic slowdown.

“We are taking assertive steps now to begin the belt tightening,” said Mayor Michael Hancock. “Because we are indeed seeing our revenues moderate and soften.”

In response to the slowing flow of cash into the city’s coffers, the mayor asked each department to make cuts without reducing services. The departments responded by making administrative changes or avoiding some new hiring. But the slower budget growth does not mean the city is cutting back on investments already planned, said the mayor.Fast growth injected new money into the city’s budget in recent years, according to Brendan Hanlon, the city’s Chief Financial Officer. And tax revenue is continuing to grow, especially from the retail and tourism industries, he says. But sales have slowed for cars, marijunana and products used in manufacturing and construction.

“This budget proposal advances the people’s priorities,” he said, citing a range of city goals, including those around the climate crisis and improving mobility options.

$118 million was proposed for building out Denver’s multimodal transportation system. That will grow by another $48 million when the Elevate Denver Bond issues another round of funds later this year. Kiki Turner, a spokesperson in the city’s Department of Finance, says the money would fund a range of projects, including:

$6.8 million for pedestrian crossings and sidewalks

Streetsblog asked city officials about funding related to Colfax Bus Rapid Transit and the Broadway/Lincoln Multimodal Design upgrades. We did not receive a response in time for this story.

The mayor proposed $40 million to create a new climate office that will address the crisis with measures including:

The mayor’s budget proposal grows to $2.2 billion when all proposed city expenditures are included.

The city council will consider the mayor’s budget in hearings taking place all of next week. Deliberations will follow until the budget is passed during the second week of November. The 613-page budget proposal can be downloaded from the city’s website.

Getting Around The Metro Area Using RTD, Rideshare And Scooters Just Got A Little...