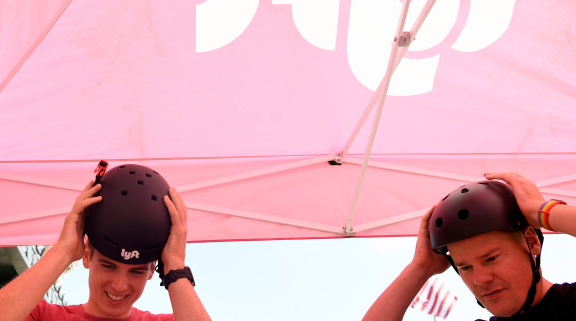 Considering how vehicles bearing the businesses’ distinctive logos seem to be everywhere in Denver these days, it’s almost hard to believe ride-hailing services Lyft and Uber only got started in the Mile High City six years ago. The competitors both debuted in September 2013 before being legally authorized by the state legislature the following spring.

For some, the app-based services have become an indispensable part of the metro area’s transportation fabric, whether it’s for enjoying a night on the town without worrying about driving while impaired or getting to an appointment in a hurry without having to sweat finding parking.

Denver, in turn, has become highly valuable to the companies as well. Not simply because of its demographics  — as a hot spot for millennials, the city is heavy on Lyft and Uber’s favored demo — but also as a testing ground for new services, programs and promotions.

Take it from Gabe Cohen, the Denver native who for the last three and half years has overseen Lyft’s operations in Colorado and now serves as manager of its four-state Rockies region.

“We love firsts here,” Cohen said during an interview at the company’s driver-support and operations center in the Sun Valley neighborhood last month. “We’ve done a lot of launches and a lot of trial and tests here.”

Over the past four years, the company’s list of “firsts” that it launched in Denver looks like this:

This list doesn’t account for partnerships and deals the company has struck in the Denver area, such as becoming the exclusive ride-hailing partner of the Pepsi Center in 2016, an arrangement Cohen described as the company’s “first and most comprehensive and operational marketing deal with a large venue.” Showgoers at City of Denver-owned Red Rocks Amphitheater are likely familiar with the company’s campsite theme pickup and drop-off area there. Lyft is also the official ride-share partner of Denver Arts & Venues.

Uber has been plenty busy adding new services and programs of its own to its Denver-area offerings since that 2013 launch date. That includes online food order and delivery business, Uber Eats, launched in October 2016, and Jump e-bike service, added in August 2018, company officials say.

When it comes to Denver as a test market, Uber debuted what could be a landscape-changing effort this year. In January, it launched it “Uber Transit” service in Denver, providing users with real-time data on RTD bus and train schedules with the aims of spurring more mass-transit rides. In May, it added RTD ticket sales directly through its app. While other cities such as London, Boston and Sydney also have the journey planning service, the ticket sales are just available in Denver for now.

“This is particularly exciting because Denver really was the first place where we launched this is the world,” Uber’s head of Western U.S. operations Danielle Sipf said. “Denver is a very import market to us because we have a really strong rider base that really uses the entire suite of options we offer.”

As of the end of July, Uber users had purchased 3,592 RTD tickets through the Denver app, Uber officials said. Sipf said the company intends to continue launching new services in Denver.

The two ride-hailing firms both had initial public offerings earlier this year. This came despite questions about the long-term profitability of their business model. On Tuesday, Uber, which has 150 full-time non-driver employees in Colorado — including a large team of engineers in Boulder — announced it was cutting 400 jobs across its engineering and product arms of its business. Company leaders said those wings were bloated. It’s unclear if those cuts touched Boulder.

Alejandro Henao is a mobility researcher with the National Renewable Energy Laboratory who questions if Uber and Lyft as positive forces in the urban transit landscape. While studying for his doctorate in civil engineering at the University of Colorado Denver, Henao drove for both Uber and Lyft and collected data for a study in conjunction with the school’s Center for Transportation Research. His efforts, highlighted in a recent YouTube video, found that 41% of time he was driving around with no passengers, and for every 100 miles of driving he did with a fare, he did another 69 miles of driving with no one else in the car, adding to congestion instead of combating it.

While he sees positives to what Lyft and Uber offer — reducing the need for big parking lots, providing energy-efficient e-scooters and bikes — he believes they have a long way to go particularly when it comes to supporting mass-transit.

“I think the idea of integrating different systems into one app is good, and it is moving in the right direction,” he said. “But when you are really looking at the big, overall transit use, more people are taking the Uber instead of the transit.”

CDOT wants you to gaze into the eyes of drivers so they don’t hit you while...