Current Happenings At A Glance 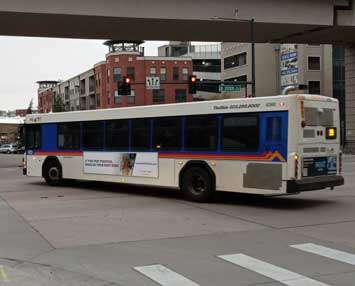 One theme was the investment of millions of dollars into important solutions.

Transit – $28 million was dedicated to at least a month of fare-free transit during summer ozone season at RTD and other transit agencies around the state.

Eliminating transit fares can increase transit ridership, which is an important long-term strategy to reduce air pollution. A recent “Free Fare February” pilot undertaken by the Utah Transit Authority saw ridership increase 17% during weekdays, 58% on Saturdays and 33% on Sundays during the course of the program.

A month of fare-free transit is not enough to solve our ozone problems but eliminating fares will recruit a lot more people to ride transit and build momentum for the bigger investments we need to significantly increase and improve transit service.

$30 million is enough to take Bustang routes that have a few buses a day and expand them so they come hourly. That kind of service will increase clean travel options along I-25 and I-70, some of our busiest corridors.

Stephanie O’Neill reported that DRMAC will be hosting a training on Older Adult Scam Prevention on April 5th from 130-3pm via Zoom. To register for the training, visit https://us06web.zoom.us/meeting/register/tZUsceGhqT8qGtc1RxN1PnttDL88phGxMuDT

Teague Kirkpatrick went to the South West Transit Association (SWATA) transit conference and mentioned that there was a lot of conversation surrounding the driver shortages everywhere and service reevaluations; how do we want to do service with ridership being low? Some networks heavily relied on commuting and with the pandemic and everyone working from home, those numbers are much lower.

Sarah Grant reported that Broomfield provided a lot of feedback surrounding RTD service in the Broomfield area and they are waiting for a response on the feedback. DRCOG also submitted comments and feedback on equity.

The next Boulder MAC meeting will be Monday, April 11th from 2-4pm via Zoom

Members provided descriptions of their organizations, updates on their programs, and overall status of their current work/outreach. Members went over the results for 2022 topics and suggestions. Next steps include discussing what services/supports are needed and what the agenda will be for the next meeting.